Wagg The Dog: An Unnecessary Bureaucracy Has Spawned 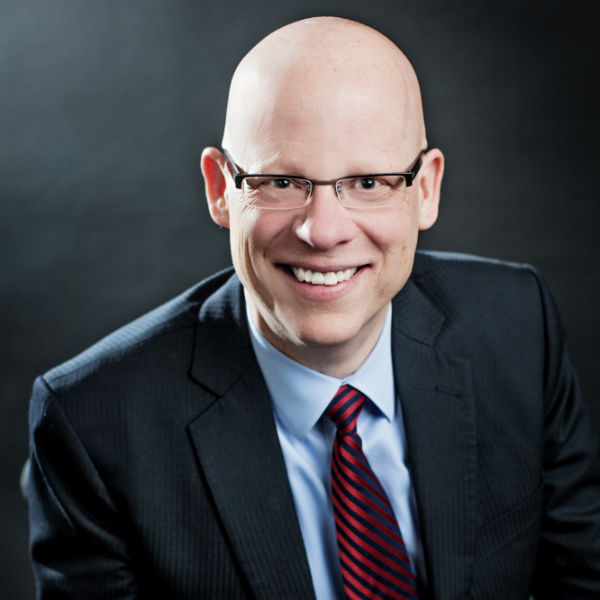 D.P. v. Wagg was a civil sexual assault case. There had been a criminal sexual assault charge arising from the same incident which gave rise to the lawsuit, and the plaintiff in the civil suit wanted production of the Crown brief. The defendant in fact had possession of the Crown brief, having received it in the criminal proceedings, and the plaintiff did not. The Divisional Court fashioned a procedure and screening process that should be followed in such circumstances, which the Court of Appeal adopted and summarized as follows:

Justice Rosenberg, writing for the Court of Appeal, stated:

Like the Divisional Court, I can see no practical way of protecting the [interests of non-parties] without giving the bodies responsible for creating the disclosure, the Crown and the police, notice that production is sought. Further, where the Crown or police resist production the court must be the final arbiter.

I do not think that the various interests will be protected because of the implied undertaking rule in Rule 30.1. The fact  that civil counsel obtaining production is bound not to use the information for a collateral purpose may be little comfort  for persons who once again find their privacy invaded, this time in civil rather than criminal proceedings.

It is to be hoped that most of these issues will be resolved on consent without court intervention. To that end, I would  offer these comments. I would expect that the parties and the state agents could usually agree to disclosure of the  materials in many circumstances.

Justice Rosenberg went on to state reasons why production of the Crown brief to parties in a civil case will generally be required. He noted:

The vast majority of Wagg motions arise from MVA cases

I have no issue with the screening process set out by the Court of Appeal when applied in sexual assault litigation, but it is absolutely unnecessary and is a significant waste of resources in motor vehicle accident cases, which I understand make up the vast majority of Wagg motions (on the order of 99% according to one conversation I had  with a Crown Law Office representative).

The Crown will inevitably produce almost everything

With very few exceptions, when a party to a motor vehicle lawsuit brings a Wagg motion, the police records and Crown brief are produced to the parties.  Very little is withheld.  The parties (and the court) simply must know the identity of and the information of witnesses in order to settle civil disputes or to conduct orderly trials to resolve them.  The privacy interests of third parties (typically witnesses to an accident) will be subordinate to the needs of the court and the truth-seeking goals of the justice system.

Rick Shaheen has blogged about difficulties being experienced in obtaining unredacted motor vehicle accident reports from the OPP. This problem is now apparently resolved. Challenges remain, however, in obtaining other police records and information without a 30.10 motion.

We have experienced varying responses to requests for police information when made directly to the police. We have been able to secure (for a fee) unredacted witness statements from some OPP detachments. In addition, for much higher fees, we have been able to secure police photographs and Technical Traffic Collision Investigation reports from the OPP and other forces.[1]  On occasion, we have interviewed officers to obtain information. To arrange this, we have had to pay a “paid duty” charge (minimum four hours) to cover the officer’s time to attend the interview. In this process we may or may not receive a copy of the police officers notes. In Durham Region, we experienced a procedure whereby we could interview officers, but only if the questions were first submitted in writing to in-house counsel for the police, and restrictions were put in place so that no third party information would be released.

In our experience, a request to any police department for copies of police notes will typically result in a response that a Freedom of Information request must be made. The cost of making such a request is minimal because it simply involves writing a letter and sending a very small fee. The notes received will be redacted for personal information including all names. Often these redacted notes are not useful or not adequate.[2]

To obtain comprehensive and unredacted police and Crown records, a 30.10 motion is now inevitably required. The motion will invariably be supported by all of the parties in the civil action. The motion will result in the requested records being collected by police agencies and Crown’s offices and screened by a lawyer in the Crown Law Office – Civil, under the process set out by the Court of Appeal in Wagg. Some minor redactions will be made and perhaps a few documents withheld. The cost and time involved will be considerable.

Wagg has been costly

As noted above, Justice Rosenberg “hoped that most of these issues will be resolved on consent without court intervention,” and he expected that “the parties and the state agents could usually agree to disclosure of the materials in many circumstances.” It is true that most 30.10 motions are resolved on consent, but regrettably the motion must be brought and a court order obtained to get comprehensive and unredacted records.

The Wagg motion process will be familiar to most lawyers who do MVA work:

The only court attendances required will be to file the motion record, to obtain the consent order, and possibly an attendance to pick up the court order once it has been issued. In some jurisdictions, no in-court appearance will be necessary and court runners can be used to deliver any documents.

Done efficiently, the process will require several hours of clerk time and several hours of lawyer time to process, and disbursements will be incurred for filing and service of the motion record. This assumes no wrinkles are encountered. This does not include time spent by the Crown in screening these requests, which must be considerable, given the three month backlog.

Many times in these matters, one or more insurers or lawyers will have made Freedom of Information requests to obtain police records before bringing a Wagg motion, and several sets of redacted police notes will  have been exchanged among counsel to the civil proceedings prior to the Wagg motion. Unredacted notes containing witness names will be needed so the Wagg motion will be necessary. Thus the police may have produced different versions of redacted notes several times before being ordered to produce unredacted notes, resulting in significant duplication of effort.

Witness names and contact information are often the reason why you bring a Wagg motion in the first place, and in our experience, the Crown will always agree to production of names and some identifying or contact information once the motion is brought, but only after an order is obtained. There is a reluctance to provide cell phone numbers, but these may be the best way to reach a witness. In one recent case, the order we negotiated stated that the cell phone numbers would be redacted from records, “with the exception of individuals that only provided a cellphone number as their sole phone contact, in which case the cellphone numbers will remain unredacted.”

The Crown wants to redact police identifier codes, which I understand are the “10 codes” and other codes that form part of police radio lingo. I presume the Crown is trying to protect the integrity of these supposedly secret codes. When used in an officer’s notebook, it is easier to understand the notes if these are not redacted. Also, you can go on the Internet and find explanations for version of these codes, so I do not think they are very secret. As such, I am not convinced the Crown’s position on these is well founded, but we’ve nevertheless always conceded on redaction of this information.

In my experience, the Crown has generally seemed unenthusiastic about arguing these motions. I have had the Crown advise me that it does not consent to the request, but it will not attend the motion. Instead, they have asked that I put a letter before the Court setting out the Crown’s position. I understand that others have had to battle out these motions, although there are few reported decisions in which the Crown has opposed a Wagg motion in a motor vehicle case.[4]

At considerable cost, Wagg screening accomplishes only miniscule victories for the privacy interests of non-parties

In MVA cases, the bureaucracy the Court of Appeal has mandated in Wagg is unnecessary and expensive. The cost of providing perfect privacy protection is too high. I appreciate that screening is necessary in a sexual assault charge, but we’ve gone way overboard with screening all police records in motor vehicle cases (which give rise to the vast majority of Wagg motions). The production of police records now routinely requires a time consuming motion and screening process which accomplishes only miniscule victories for the protection of the privacy interests of non-parties.

In my view, once police charges have been dealt with, police officers and police records departments should be able to and should be required to release, in an unredacted form and for a reasonable fee, all records relating to motor vehicle accident investigations. The dissemination of these records should be subject to the implied undertaking rule whether or not motor vehicle litigation has been commenced, and production should be limited to lawyers who will certify they represent a party who is involved in or anticipates litigation in connection with the accident. Screening of police records by Crown Law Office – Civil is unnecessary, and motions to obtain police records should be unnecessary.  Reform is needed.

[1]              These will never be provided while charges are outstanding. In a Wagg motion, we have successfully negotiated that no fee for the TTCI report should be payable.

[3]              Where the person charged by the police was a youth, a Youth Court order must also be obtained, adding to the time and cost involved.